That bid for regional influence was given a generous boost by the U. Brookings Institution scholar Ken Pollack, author of the new book Unthinkable: Iran, the Bomb, and American Strategy , may not have been one of the most aggressive advocates of the Iraq war, but he was arguably one of the most important.

His analysis of the danger posed by Saddam Hussein in his book, The Threatening Storm: The Case for Invading Iraq, did a good deal more to bring skeptical liberals off the fence than the Strangelovean sneering of Dick Cheney or the re-heated Churchill-isms of the neocons. Pollack is clearly aware of his role, or at least his perceived role, as a key liberal advocate for the invasion. I do not believe that the containment of Iran, including potentially a nuclear Iran, will be easy or painless, just preferable to the alternative. Containment can take many shapes, some confrontational, some far more passive.

One of the keys to making containment work will be determining how assertive or reserved to be at any time. The book is arranged in two parts. More importantly, it expresses a kind of analytical humility that is in desperately short supply in Washington, where a pose of world-weary certainty is more common.

Taking on criticisms, mainly from the left, that Obama has not done enough to demonstrate American good faith to the Iranians, Pollack de-couples the two parts of this argument. In this respect, the claim that Obama has simply continued the approach of the previous administration falls on its face.

Having gone to press before Iranian cleric Hassan Rohani won the presidency in a surprise upset, the book understandably gives somewhat short shrift to the possibilities of a diplomatic solution, while also making clear that this is by far the preferred outcome. This is odd, as containment is, in fact, the strategy that the United States has been using against Iran for the last 30 years. Importantly, it would keep alive the possibility of eventual U. Appease the weak, defy the strong. In this book, Pollack makes repeatedly clear that the United States is acting from a place of enormous strength vis a vis Iran.

While the calls for military action against Iran seem to arise every few months here in Washington, and will undoubtedly do so again soon—even as Iran has undertaken the most serious and sustained diplomatic outreach effort in its history—Pollack has provided a useful briefing for anyone seeking to better understand what drives Iranian policy.

Even more, he tackles the nature of the challenge the country poses to the United States. And then what? This prediction is extravagant for my taste, but foreign policy is no stranger to the power of idiocy.

According to Pollack, Washington has been containing Iran in this way since the Islamic Revolution in and should continue to do so regardless of its nuclear status. To hawks inside and outside the administration, trying to contain a nuclear Iran is the ultimate sin. To date, all nuclear states facing the prospect of self-destruction have been prudent, pragmatic and deterrable.

To strengthen deterrence against Tehran, Pollack wisely lays down tough markers should Iran threaten to use nukes or try to supply terrorists with them. Inexplicably, Pollack throws away the best single argument for containment: that it worked against Saddam Hussein. He argues that it failed.

The facts say otherwise. Hussein abandoned his nuclear program after being subjected to economic sanctions, diplomatic isolation and, yes, the threat of American military force. Though he discusses hypothetical deals, like permitting Tehran a very low level of uranium enrichment, he rightly cites the strong opposition any such deals would provoke in both Tehran and Washington.

Still, his book was completed before the more hopeful signals that have been coming from both capitals. In Washington, a prominent group of foreign policy thinkers is gently pushing for compromise. By playing down the chance of negotiations in favor of containment, Pollack ends up proposing too little, rather than too much. Preventive war is as dangerous as he says. But a policy of containment would probably be too fragile to succeed.

Soviet leaders were essentially risk-averse the Cuban missile crisis was an exception. Some present Iranian rulers seem more inclined to take chances that could bring a strong American response. Further, any one of a number of fierce conflicts between the United States and Iran could derail containment and jump to preventive war. Only a truly bold approach, it would seem, has a chance of avoiding the march to war.

The big questions have to be resolved, or at least managed. Anything less would be treated as too little, too late. This is not nearly so hopeless a task as it might seem. It once was. 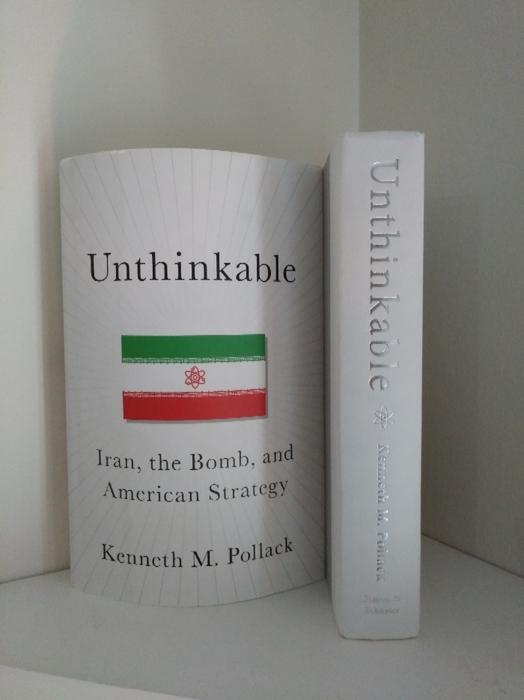 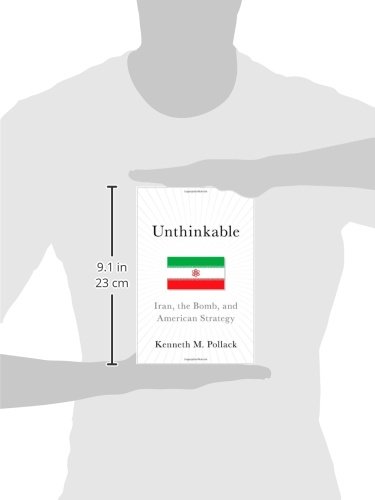 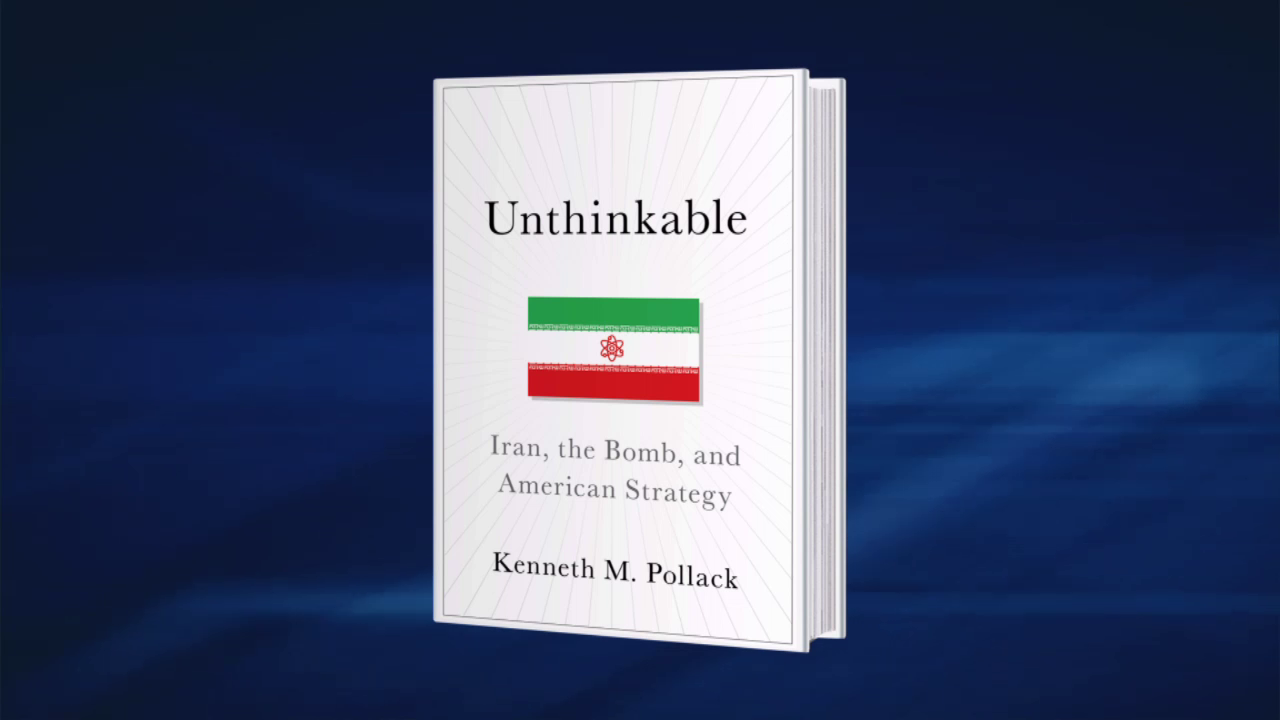 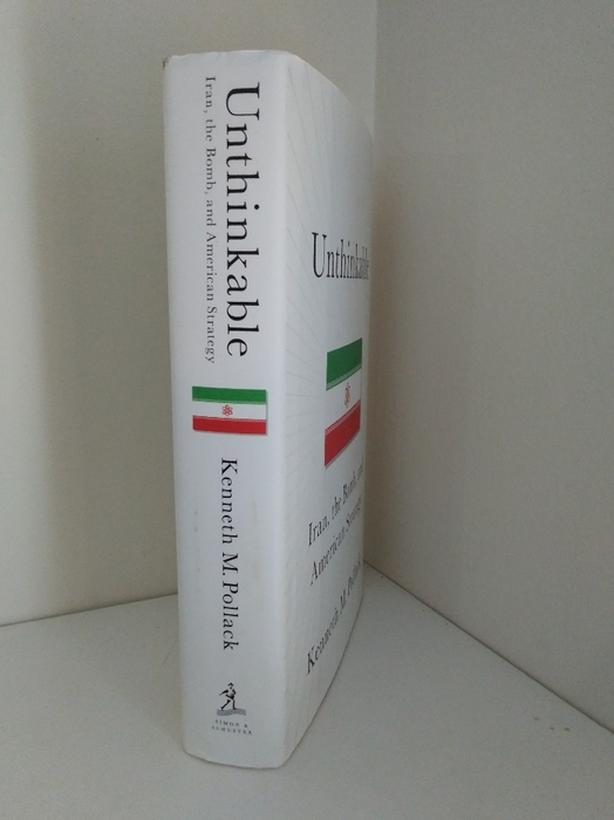